10 young actors from Teatro Trono is visiting Denmark from April the 20th to the 25th . They will offer drama workshops and perform the play “Back to the roots”. “Back to the roots” is a vivid and thought-provoking play about the use of our natural resources and how indigenous people may have the right cure to save our planet. 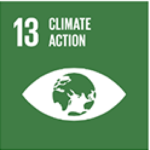 About Teatro Trono:
Teatro Trono started in 1989 as a theatre project for children living in the streets. The aim was to teach the children how to do theatre in order for them to be able to make a living. The pedagogical approach based on a combination of art and trust quickly proved to be a powerful tool in the effort to empower children and youngsters, whom have learned to express themselves, gained self-confidence and a sense of cultural belonging.

Teatro Trono is part of the cultural association COMPA, which has been an important focal point for many children and youngsters in El Alto. Teatro Trono’s children’s and youth theater groups have been on numerous tours in Europe during the past 20 years. The tours are organized in collaboration with the German organization Kinderkulturkarawane, and the purpose is to strengthen the participants’ intercultural competencies and understanding of the UN’s Global Goals.

Read more about the visit and the program here (in Danish)

Spor Media is an experienced media and cultural organisation. Since 1989 we have worked with culture and visual communication.